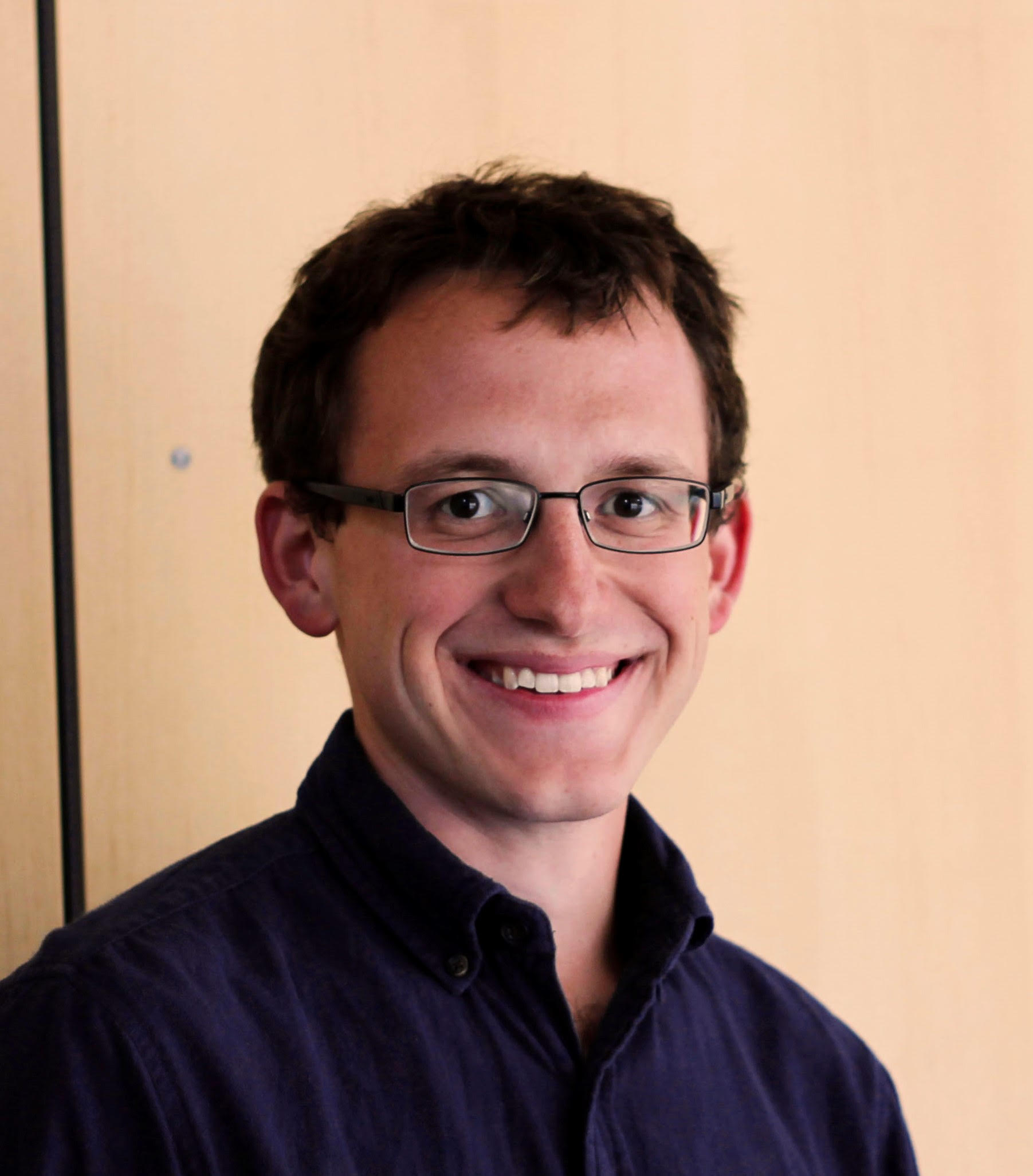 Today I am happy to announce the relase of version 1.0 of torchkbnufft (GitHub, Documentation). There are many changes: complex number support, an improved backend that is 4 times faster on the CPU and 2 times faster on the GPU, a better density compensation function, and more detailed documentation. Why all the updates now? Well, recently PyTorch began supporting complex tensors natively (you can read about complex number support here). Before, we had to use four high-level multiplies in Python for complex multiplications. With native complex tensor support, we can move these multiplications down to lower-level PyTorch code for a significant speed-up. This, along with updates for the PyTorch FFT API, prompted a rewrite of torchkbnufft.

In updating the code for complex multiplications I noticed many other areas for improvement. In this post I’ll document some of the more important ones as well as my reasoning for making the changes.

The first thing that most users will notice with torchkbnufft version 1.0 is a different API. Previously, for an MRI problem with a batch size of 5, 8 channels, and height/width of 64, you would pass a tensor to the forward NUFFT of shape [5, 8, 2, 64, 64], where the 2 dimension was the real/imaginary dimension. This was always a little bit strange - PyTorch’s FFT expected the real/imaginary dimension to be at the end of the shape. The reason for this was that a lot of early deep learning MRI models would include real/imaginary in the channel dimension for convolutions. However, for version 1.0, we decided to convert the NUFFT to follow PyTorch FFT convention. There are a couple of reasons for this: 1) it brings us in line with the PyTorch ecosystem and 2) it’s very easy to convert real tensors (with last dimension of size 2) to complex tensors. So now the package does this for any real input and we can have a more efficient backend based on complex tensors.

As a result, for our problem above, you’ll now be expected to pass in a complex-valued tensor with shape [5, 8, 64, 64]. You can still pass in a real tensor with separate real/imaginary dimensions as [5, 8, 64, 64, 2], but for the NUFFT code it will be converted to complex and then back to real before returning to you. Not having to deal with real tensors in the backend simplifies the code base and makes things more efficient.

Another change that people will notice is the size of the k-space trajectory. Previously, it would have been [5, 2, klength], where klength was the number of k-space samples. The idea was that you could apply a different k-space trajectory for each batch element. In the end, I decided to remove this feature and only do one k-space trajectory for a forward pass. The reason is that in the underlying code, I just wrote a for loop over the different trajectories. This took away some optimization opportunities in the backend (detailed below). It’s better for torchkbnufft to only take one trajectory for the forward pass and have the user write for loops over their trajectories while I write a more efficient backend, so this is the behavior in 1.0.

The slowest part of torchkbnufft are its indexing operations. These are pretty difficult to handle in a high-level library, and the solutions that I have at the moment still may not be ideal. Nonetheless, for version 1.0 we managed to make some improvements over what the package did previously, achieving about a four-fold speedup for forward/backward on the CPU and a two-fold speedup on the GPU. For all the pseudo-code I show below, you can see the full, up-to-date version on GitHub. Prior to version 1.0, the indexing operation for the forward interpolation looked like this:

The code calculates coef, which are interpolation coefficients based on the Kaiser-Bessel kernel, and arr_ind, which are the indices of the neighbors to use for interpolation. The key indexing operation is torch.gather(griddat, 2, arr_ind). The GPU implementation in 1.0 is basically the same, but uses complex numbers for multiplication and griddat[:, :, arr_ind] instead of torch.gather. I’ll focus on the larger changes for the CPU version.

The primary issue with this code on the CPU is that indexing into an array is slow in PyTorch. We can mitigate this by minimizing the size of the index problem - in version 1.0 of torchkbnufft, we split up the k-space trajectory and send a different chunk of the trajectory to each process as follows:

In this case, table_interp_one_batch is basically the same as our old table interpolation function. The forks will execute asynchronously over their separate k-space chunks using torch.jit.fork (see here), and at the end we’ll join them all together and return. This speeds up indexing operations by reducing the number of k-space points to look at and is one of the main sources of our improvements.

We’ve also changed the adjoint, where we have to scatter a k-space trajectory on to an equispaced grid using the Kaiser-Bessel kernel. Prior to 1.0, it looked like this:

You might notice the device branch. For some reason, index_put_ with accumulate=True was faster on the CPU, whereas index_add_ was faster on the GPU. I haven’t observed this anymore when building PyTorch off its master branch, so we’ll probably use index_add_ for everything going forward once the next version of PyTorch is out.

The issue with the old code for the adjoint is that the double for loop over batch and real/imaginary indices isn’t very fast on the CPU branch. Furthermore, index_add_ doesn’t work very well for the GPU branch over batch dimensions, either. It would be better to dispatch a bunch of workers to work on every independent batch and coil element, and this is exactly what 1.0 does. The code I’m showing below is a partial construction of how we now do adjoint interpolation showing the key pieces.

Using torch.jit.fork, we create a new asynchronous task for every batch and coil element. The tasks each handle accumulation for their own element. The calls to torch.jit.wait causes the code to wait for these asynchronous tasks to finish. Since the accumulation is done in-place, we don’t have to worry about whatever these tasks return. However, there is one thing we have to worry about with forking: OpenMP. If we don’t do a bit of thread management, then we can use more threads than we were given or suffer performance degradation from oversubscription. To prevent this, we do a little bit of thread management to make sure that we don’t have too many forks.

The adjoint operation with forking is faster - more than a factor-of-4 over the previous implementation for the CPU and a factor-of-2 for the GPU. (Note: the GPU operations are still real-valued, but this should change in the future when index_add_ supports complex numbers.)

Overall these improvements have made version 1.0 of torchkbnufft about four times as fast as previously on the CPU and and two times as fast on the GPU. The forward operation was bound more by the complex multiplies and indexing - we get about a 2-3 speed-up by using complex tensors and using torch.jit.fork to break up the trajectory. The adjoint operation was bound by the accumulation, and we get a 2-5 speedup by using torch.jit.fork to dispact over batches and coils.

The package will scale very well over coils and batch dimensions. In general, we’re bound by our indexing operations, so the main thing that makes NUFFTs slower or faster is the size of the k-space trajectory.

One thing that does affect indexing is using a 3D NUFFT. The package is faster for 3D than before, but unfortunately the speedup isn’t as consistent. PyTorch indexing begins to perform worse with larger arrays, and this is the situation we have for 3D NUFFTs. There are a few steps you can take that will help:

But if that’s not good enough, then you’re running into the limitations of the package.

Documentation of torchkbnufft was decent on the GitHub repository with the README.md and several Jupyter notebooks, but the documentation on Read the Docs was a bit lacking. It only consisted of an API, and the layout of the table of contents made it hard to navigate.

This has also been updated substantially for 1.0. We now prominently display our core modules: KbInterp, KbInterpAdjoint, KbNufft, KbNufftAdjoint, and ToepNufft. Each one of these is now accompanied by a mathematical description of the operations as well as detailing connections to notation in Fessler’s NUFFT paper. (Note: If you have any comments or notice any errors in the documentation, please let me know!) We also prominently display our primary utility functions: calc_density_compensation_function, calc_tensor_spmatrix, and calc_toeplitz_kernel. This should make it a lot easier for beginners to navigate the package.

Thanks to a notification from Zaccharie Ramzi and an implementation by Chaithya G.R., we got a pull request for implementing Pipe’s density compensation method. This was quite a bit better than my original method which presumably only worked for radial trajectories. The density compensation function calculator also has a simplified interface.

Version 1.0 of torchkbnufft was essentially a complete rewrite of the repository and its documentation. The result is a faster, better-documented NUFFT package that retains its original benefit of being written completely in high-level Python.

This remains a personal project unaffiliated with my official position at FAIR, so all of this work was done on my own time. Still, I think it was quite rewarding, and I’m happy with the improvements to the repository.

For my next project, I think it may be finally time to move beyond Python. I’ve grown to love Python and PyTorch over the last 2+ years, but there are so many cool languages out there to try, I think I’ll have to look into one of those next…

You may also enjoy

Researchers, healthcare providers, and many others around the world are still grappling with COVID-19. Even a year into the pandemic, it remains challenging ...